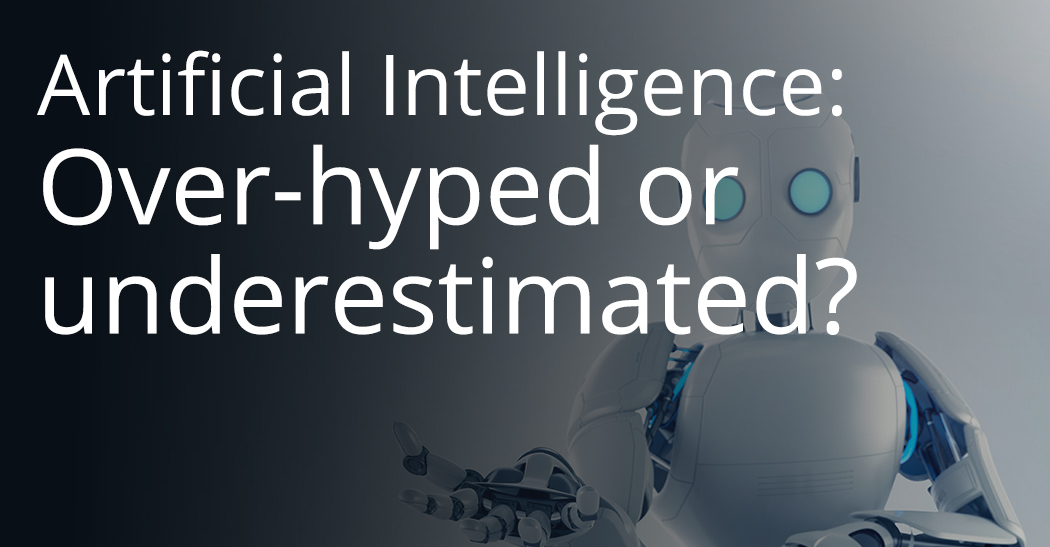 Artificial Intelligence (AI) is an umbrella term to refer to “advanced technologies that allow machines to sense, comprehend, act and learn”. This developing field has been evolving for the last sixty years, and whilst huge leaps forward have taken place, leading technologists believe we are only just scratching the surface. The ultimate goal of Artificial General Intelligence – creating a machine that is capable of performing any intellectual task that a human being can undertake – could be decades away, if we ever achieve it.

By giving AI systems huge sets of data, they are able to make sense and “learn” through repetition. After being given access to over a million tagged images, a system developed by a UC Berkeley PhD student was not only able to identify multiple objects in new images supplied, but add colour to any black and white images. Another AI algorithm, given just the facts, was able to accurately predict the outcome of court cases 80% of the time. Researchers in New York have developed a system used to aid diagnosis of patients. Given this information “Deep Patient”, taught itself to predict risk factors in 78 diseases. More recently, an AI system in China managed to diagnose 55 diseases, from common illnesses like influenza or hand-foot-mouth to life-threatening illnesses like meningitis with 90% to 97% accuracy.

We are seeing AI starting to appear throughout the ERP world. Algorithms have been developed that can work with both structure and unstructured data, and leverage other advances such as cloud platforms, natural language processing and the Internet of Things. KLM are utilising a system that is able to understand the responses that were given in 60,000 customer queries. The system can now suggest responses to the human operator, which both saves time and helps drive consistency in the information being provided to customers. There are also AI solutions available to assist with data analytics, trend analysis and “real world” implementations such as scheduling machine maintenance based on information coming through a network of connected devices.

SAP’s machine learning platform “Clea” and Oracle Adaptive Intelligent Apps are already delivering results for a variety of sectors. Implementations in shared services now mean systems are able to identify customer enquiries, such as payment date queries, search for and provide the answer. Whilst these responses might seem straight forward, they might involve an algorithm referencing several systems with a variety of underlying data structures. SAP Clea is also set to be used in marketing through brand recognition and ROI, finance through automating sending and processing payments, recruitment and sales through identifying trends and opportunities in large volumes of data.

The future of AI

Opinions on the changes that artificial intelligence could bring about cover a huge spectrum. At one extreme, future-gazing technology enthusiasts predict the end of mankind, whilst more level-headed spectators foresee machines limited to supporting human activity in one form or another. There has even been a pull-back from some quarters – following a huge push into factory automation, Elon Musk conceded that “excessive automation at Tesla was a mistake” and that “Humans are underrated”. Whatever the path AI takes, it’s clear that the technology will continue to impact our lives in more ways than we can probably imagine today.

There are many ethical questions which are raised by projected growth of artificial intelligence. Will robots and machines be able to do many of the jobs humans do today? If so, will there be an increase in unemployment and should these companies face a higher tax burden as a result? In 1990, the top three companies in Detroit earned as much as the top three in Silicon Valley in 2014, but they employed ten times the number of employees. What implications does this shift in the labour market have?

It was recently reported that someone had died in an accident with a driverless car being tested. Who is responsible when a machine makes a mistake?

If AI systems begin to control more parts of our daily life, are we leaving ourselves exposed to attack from foreign states looking to disrupt an adversary?