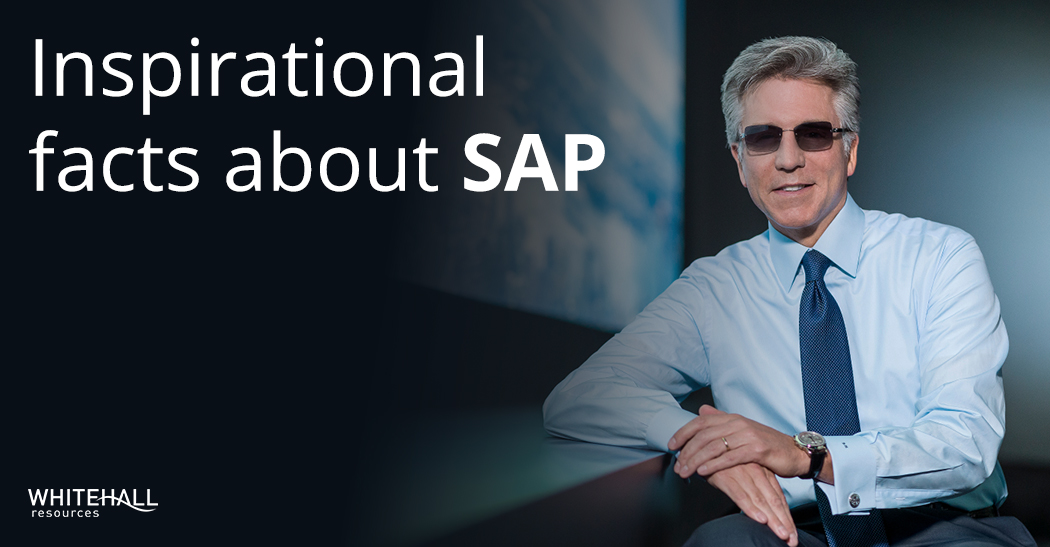 Founded in 1971, SAP is an inspiring company that has grown from five founders to now be listed as one of the top ten technology companies by market cap. Reuters recently referred to SAP as “Europe’s most valuable technology firm”, but we’ve found there’s more behind the headlines – not only lots of interesting facts about SAP, the capability of its systems and the positive impact they can have in the community and the environment, but also inspiring stories about their leadership team.

2. They’ve announced SAP data centres and facilities with 100% renewable electricity to lower their carbon footprint to the 2000 levels by 2020.

3. SAP’s CEO is recognised by Glassdoor as a top CEO in Germany, the United Kingdom, the United States and Canada with 96% approval rate. Under his leadership, SAP revenues have risen 90% to £21.8bn.

1. Starting from age 11, he worked delivering newspapers, in a supermarket, as a waiter and as a handyman.

2. From a young age, Bill was always trying to meet his customer’s needs. He would leave the newspapers exactly where the customer’s preferred it, whether it was in the mailbox or between the screen and the door.

3. After saving money in his previous jobs, he bought his own deli at age 16. His deli was a success because he created a space for video games to beat the 7-Eleven around the corner that would only allow four high school kids at a time.

4. Bill has received numerous awards for civic leadership, including GENYOUth’s Vanguard Award, City Year’s Idealist of the Year, the We Are Family Foundation’s Visionary Award and the Children’s Aid Society’s Promise Award.

5. In his autobiography book “Winners Dream: A Journey from Corner Store to Corner Office”, he states “Winning was the process, not the destination. A journey of striving to be better—to be kinder, more compassionate, hungrier, more humble, more audacious, more inspiring, more rigorous—that was what turned me on, what inspired me.”

2. His commitment to customers “From my earliest days developing business software, I have always believed that design has to start with the user… Businesses around the globe need to look for innovation by focusing on their customers”.

3. He privately founded the Hasso Plattner Institute for Digital Engineering in Berlin where he is actively involved as a lecturer and head of the chair on Enterprise Platforms.

4. He is passionate about yachting. In 1996 his 80-foot yacht Morning Glory set a course record for the Sydney-Hobart 630 mile race with a timing of 2 days and 14 hours.

5. Plattner is a rival of Oracle also in sports. He competes against Oracle CEO Larry Ellison in yachting. Even his current yacht has an inspirational name, it is called “Visione”.