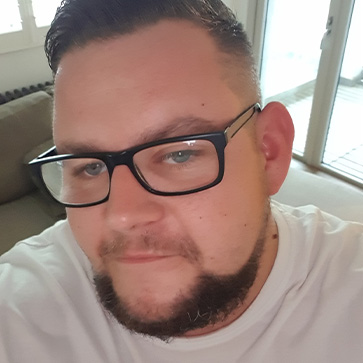 Jason began his career working as a Field Trials Specialist for a large Telecommunications company. After a year he moved onto Sales, and then went onto Telesales where he established himself as an integral part of a team and had 2 promotions within his first year. Prior to joining Whitehall Resources Jason worked for a small company in Hampshire then, made his move to Whitehall in early 2014. For the last 2 years Jason has been working in Accounts which quickly became his chosen path for the future.

Jason is a father to 3 Children, 2 boys and a girl who certainly keep him busy. In his spare time Jason is a huge football fan and also enjoys many other sports such as Fishing, Rugby, Darts, Cricket, NFL and Golf. Jason also enjoys cooking and watching cookery programmes learning new techniques and dishes.