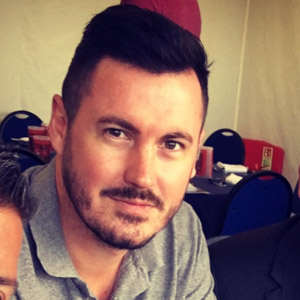 Ricky has achieved this having been Whitehall Resources’ Top Biller and having lead the UK and latterly international business units through phenomenal year on year growth, that saw Whitehall’s turnover breach £37.5m t/o in FY2015/16. Ricky embodies the values that Whitehall insists of itself and prides himself in providing the best SAP, Oracle and specialist IT recruitment services in the UK and in our overseas markets while acting with honesty, integrity and proving ourselves to be expert at what we do, adding true value to our candidates and our clients. Moreover, he’s passionate about Whitehall; about his colleagues, his candidates and his clients. He’s passionate about being the very best we can possibly be and achieving growth by doing things the ‘right’ way… building true partnerships with those we interact with.

We will chase perfection, and we will chase it relentlessly, knowing all the while we can never attain it. But along the way, we shall catch excellence. Vince Lombardi

In his spare time, Ricky enjoys travelling, rugby and socialising. Having bungee jumped, sky dived, white-water rafted and spent a season snowboarding; Ricky would like to think himself as something of an adrenalin junkie. Unfortunately, the reality these days is he’s certainly a lot more ‘sun lounger and beach’ than extreme sports!